London’s ever-expanding gluten free scene is full of Italian food. Pizzas, pastas and more can often be found in gluten free form at restaurants across the city. Italian restaurants that cater entirely to gluten free diners are however, still a novelty. 100% gluten free trattoria Ardiciocca opened up shop three months ago in Fulham and has since remained a hidden gem – well until now.

Ardiciocca is the latest project from Roberto Costa and the group behind Macellaio RC, which owns four other Italian restaurants in London and one in Milan. The goal for the new Fulham eatery was simple – Costa wanted to make the “comforting, homely” recipes of his childhood available to everyone – not just gluten eaters. The menu lends itself to simple and delicious flavours, many of which will instantly make you feel like you’re on vacation in Italy, as opposed to southwest London.

With a chilled glass of Prosecco in our hands, we took our pick from the eclectic selection of starters, settling not on one, but three small plates to share between us. The mussel and potato croquettes instantly caught my eye in the typical way that a gluten free person is drawn to breaded, deep fried treats after lengthy periods without. While the croquettes were crispy, warm and bursting with flavour, I couldn’t help but think how a light aioli would have completed the dish. We also chose the salami, broad bean, pecorino cheese and fresh bread plate – the star of the show of which was most certainly the salami, dominated by a strong truffle flavour. I was incredibly impressed by the homemade bread, which was served warm from the oven. My dinner date Mateja also insisted on trying the brain – a delicacy which came fried in light crispy batter. 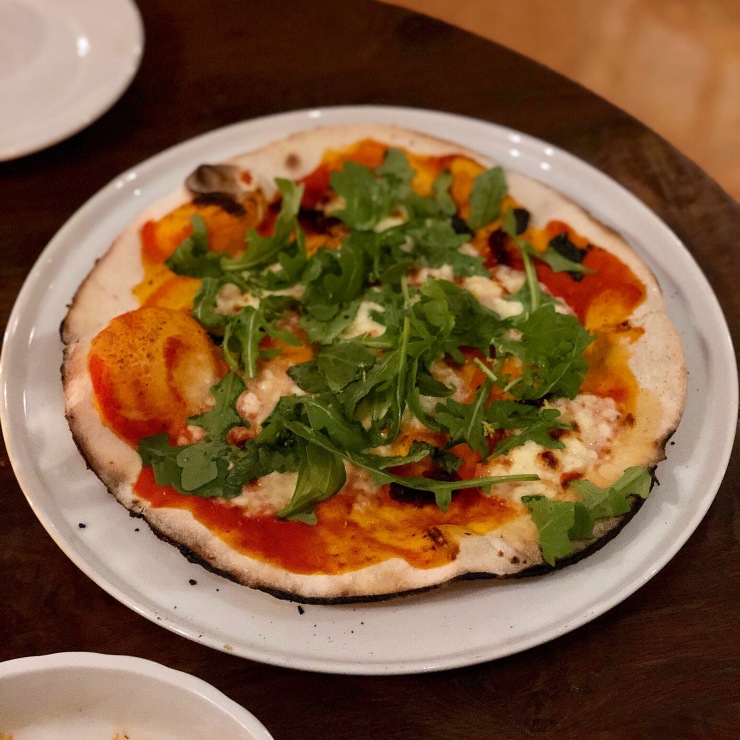 Ardiciocca has a wide array of main dishes to choose from, which go way beyond the traditional pizza/pasta offering of many Italian eateries. These range from pickled fried mackerel to sausage stew and homemade hearty minestrone. However, we simply could not resist giving the Sardinian gnocchi and sausage ragú a go, as well as the Nduja pizza – the dough of which is made with gluten free flour and Ferrarelle water before it is left to rise for 72 hours. The ragú was perfectly seasoned and incredibly moreish, leaving me wishing for a second bowl. The pizza crust was thin and light, and topped with flavourful passata, creamy mozzarella and spicy sausage, the kick from which was neutralised softened slightly by the addition of fresh lemon and rocket. 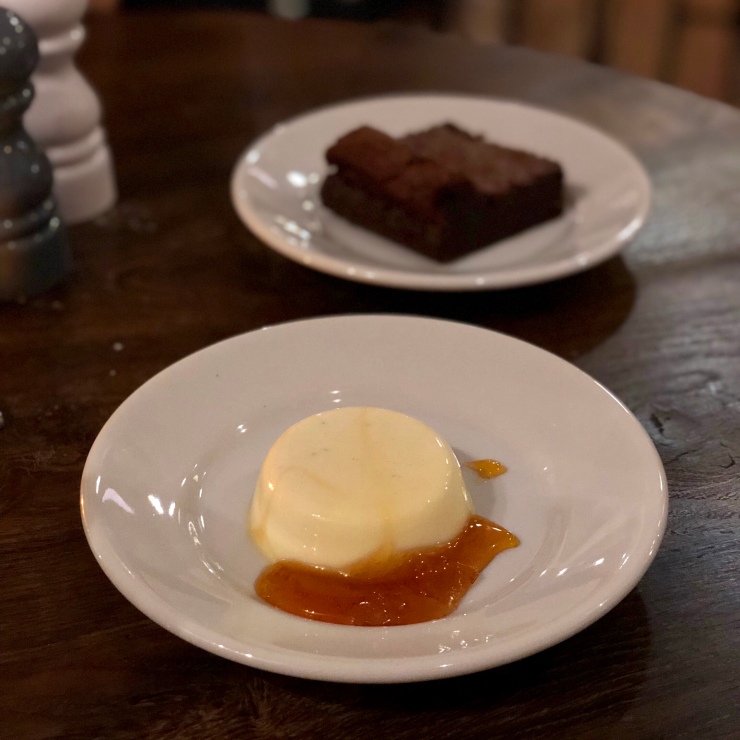 While we had next to no room left for dessert, I could not pass up the opportunity to sample the basil infused panna cotta – a flavour combination I had never seen on a menu before. It was tangy and refreshing, served with a drizzle of Italian honey on the side. The homemade chocolate torte is also definitely worth a try, only lacking in a side dollop of creme fraiche or gelato, which I’ll be sure to request next time I go.

Anyone in Fulham and beyond must not miss out on the opportunity to eat here for a meal full of flavour, tradition and excellent service to boot. Don’t forget to try a different glass of Italian wine with each course – you won’t be sorry!

(Tables Bookable via email or telephone)

GLUTEN FREE FRIED CHICKEN AND CHIPS! You read right - we can actually have this! Legendary team @bird_restaurant has our backs as all their fried chicken is #glutenfree and I ALWAYS order the tenders and fries with garlic mayo for dipping. Who else here craves fried chicken?
GLUTEN FREE OUTDOOR PIZZA! Feels so good to be back @rosecrownsw17 eating their amazing #glutenfree pizza! The roomies and I took a trip this week to their cute little beer garden and it was definitely worth freezing our faces off. Can’t wait to go back again soon!
GLUTEN FREE KENT! Found the cutest tea room on our recent trip to #Kent which has #glutenfree fruit scones, cheese scones, bread, cakes and EPIC chocolate flapjacks. Tucked away in the lovely little village of Chilham in Canterbury, @shellystearooms is a must visit. We stopped off here after a day in Herne Bay to warm up with a Belgian hot chocolate and some treats!
GLUTEN FREE OREOS IN THE UK! Major brownie points to my man for surprising me with #glutenfree Oreos which are now available at London’s BEST deli Panzer’s! Those of y’all who follow me will know I frequent this deli so often I may as well move in... Thank you @panzers_deli for bringing these over to us UK GF folk! Ps they’re #vegan too! @oreo
GLUTEN FREE AL FRESCO DINING! Outdoor dining in London is now open! I am so happy to have the luxury to eat @whitemencantjerk again in South London’s best beer garden @dukebrixton! This menu is so incredibly #glutenfree friendly, with GF buns available on request! Pictured is the Jerk Chicken Bun with a side of spicy jerk fries. What’s your first outdoor meal gonna be now things are opening up?
GLUTEN FREE FISH AND CHIPS! We escaped for the day to Herne Bay last week and enjoyed some #glutenfree Fish and Chips on the beach in freezing weather (doesn’t get more British than that!) Shakey Shakey is an amazing traditional Fish and Chip shop with a special GF menu and #coeliacsafe offering. Aren’t separate fryers the dream though?! Be sure to check these guys out on your next Kentish seaside escape!
GLUTEN FREE PISTACHIO CROISSANT! gifted The legendary @mannadew.london team has done it again! Brand new croissant flavour featuring buttery, flaky layers, pistachio frangipane and roasted pistachios. Couldn’t believe how good and how LIGHT it was! Go check these guys out for more sweet and savoury pastry options which will blow your mind and order several of these while you’re at it!
LOADED GLUTEN FREE CHEESE FRIES! What an end to a bank holiday these loaded cheese fries of DREAMS were. The @poptatalnd team have got us #glutenfree folk covered with their separate fryers and loaded fries flavour options. We went for the Lucifer - fries topped with Cheddar, Red Leicester and hot shot sauce. DELICIOUS. When was the last time y’all had cheese fries?
HAPPY EASTER Y’ALL! Got basic in the kitchen and whipped up a bunch of these classic mini egg nest cakes using @sainsburys free from cornflakes and @cadburyuk Mini Eggs. Not gonna lie, they were as satisfying to make as when I was little 😂 Hope everyone celebrating has had a wonderful holiday - I’ve really enjoyed the time offline. Big love to y’all!
GLUTEN FREE ARANCINI! Did y’all know that ALL @arancinauk arancini is #glutenfree?! Rejoice! This Nduja and Smoked Provola number was FANTASTIC but so were all the other flavours (yup, ordered one of each!). This lovely place also offers GF pizzas that are fantastic so it’s basically a haven! When was the last time you had arancini?
Follow The Gluten Free Suitcase on WordPress.com